We are thrilled to announce that tummy-tickling Afrikaans romcom, Kaalgat Karel, has been scooping up international awards.

KAALGAT KAREL is the hilarious tale of thirty year old Karel Venter (Jacobs).  A social media sensation who loves the thrill of streaking during sports matches. He falls head-over-heels for the paramedic, Rita (Visser) who saves him after a streak gone wrong. She’s a strait-laced single mom who has no interest in his streaking shenanigans.

Some awesome scenes, we think anyway, were shot on site at Areena Riverside Resort. We are so proud of Kaalgat Karel, as if we made this movie ourselves. Having a sneak peak into the inner workings of movie making was a great experience for us and we look forwards to watching the finished product soon.

Altyd Op Vakansie,  is the cheeky theme song by Jack Parow, and it is as feisty as the movie. Featuring scenery of Areena Riverside Resort, we get all excited whenever we watch the video. You are going to enjoy watching the star-studded cast of Schalk Bezuidenhout, Siv Ngesi, Tracey-Lee Oliver, Rosebelle Clasen and Eden Classens in action.

We can highly recommend that you catch this highly entertaining movie, with English subtitles. Look out for it in local cinemas from 24 September 2021. Locally distributed by Filmfinity (Pty) Ltd. and produced in cooperation with kykNET, the Eastern Cape Development Corporation (ECDC), the Eastern Cape Provincial Arts and Culture Council (ECPACC), as well as the Department of Trade and Industry (DTI) and its brand integration partners, Galito’s, Red Alert and the Hathaway Group of Guesthouses.

Meg Rickards, who co-wrote and produced the feature with husband Paul Egan had this to say:

“We are so excited that KAALGAT KAREL has won Best Film Awards at festivals in places as diverse as Los Angeles, London and Moscow. Now we just can’t wait to share it on home soil. In a time of national trauma, our hope is that it will provide some much-needed light relief and bring people together through laughter.”

We share our sincere condolences to family and friends of the Executive Producer, the late Kim Williams, who tragically passed away in February 2021.

Get all the news first: 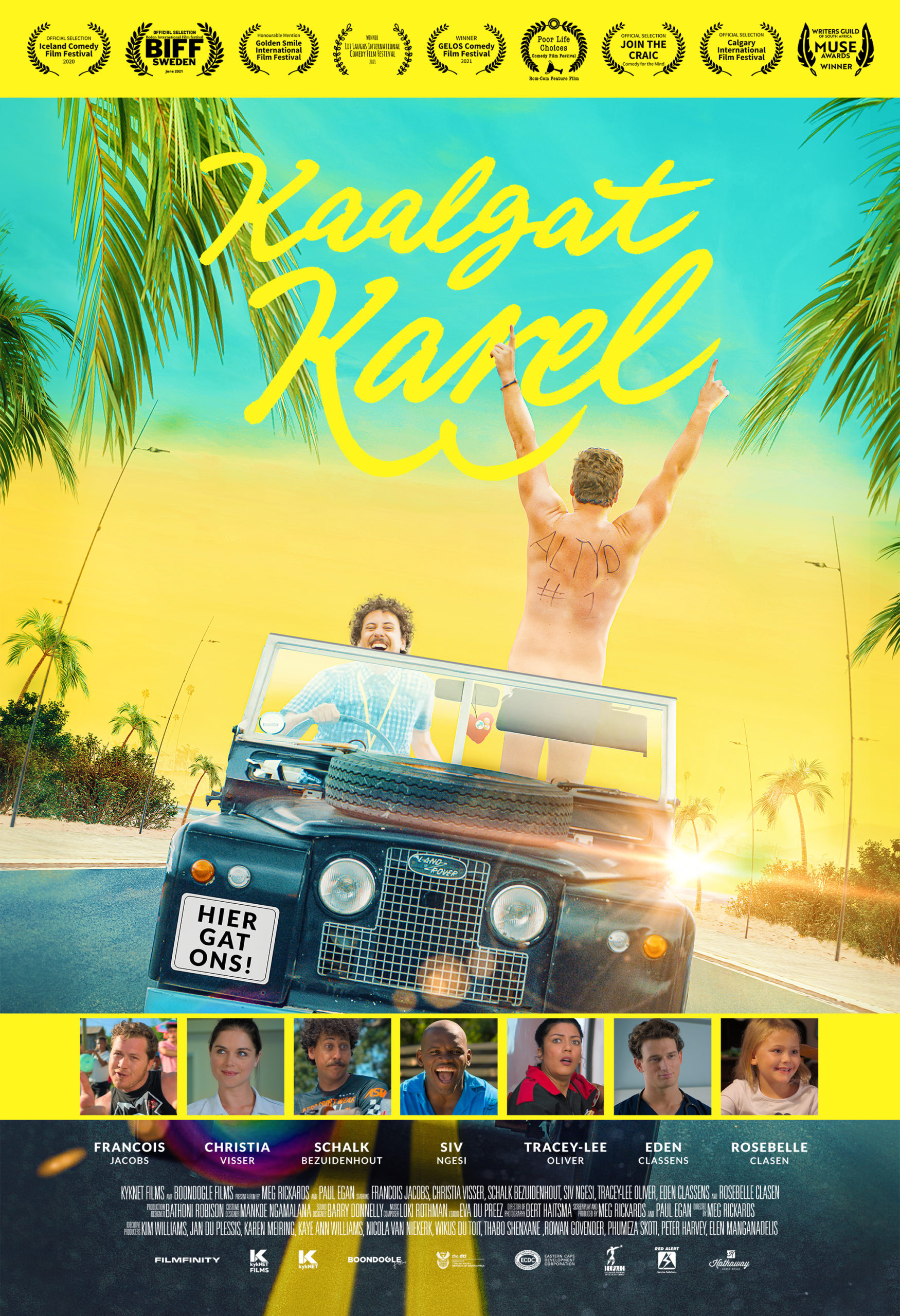